How to update ARION firmware

We have released a special app for our beta users. If you are in the beta group you can update to this version via the App Store or Google Play. The latest version is 1.9.8.

Interested in joining the beta group? Send an email to support@ato-gear.com. 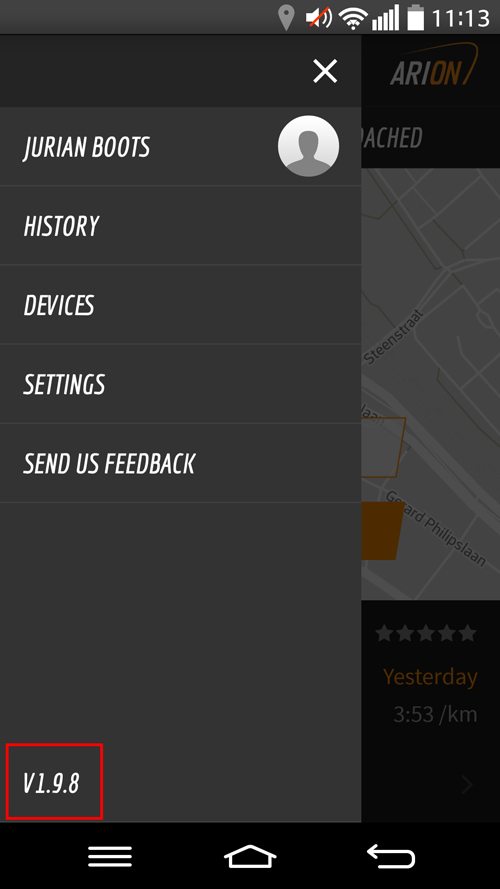 Attach the footpods to the charger.

Make sure that the footpods are attached to the ARION charger, and that the charger is attached to a power outlet. 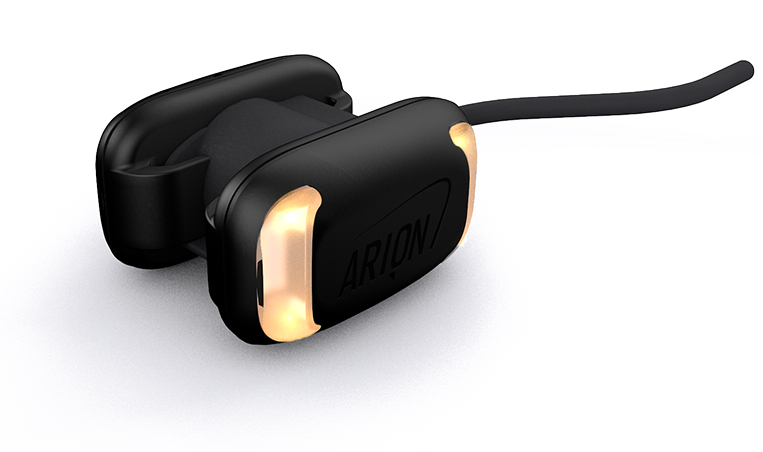 Pair and connect the ARION footpods.

Launch the beta app, open the menu and press ‘Devices‘. Make sure the ARION footpods are paired and connected to the phone. 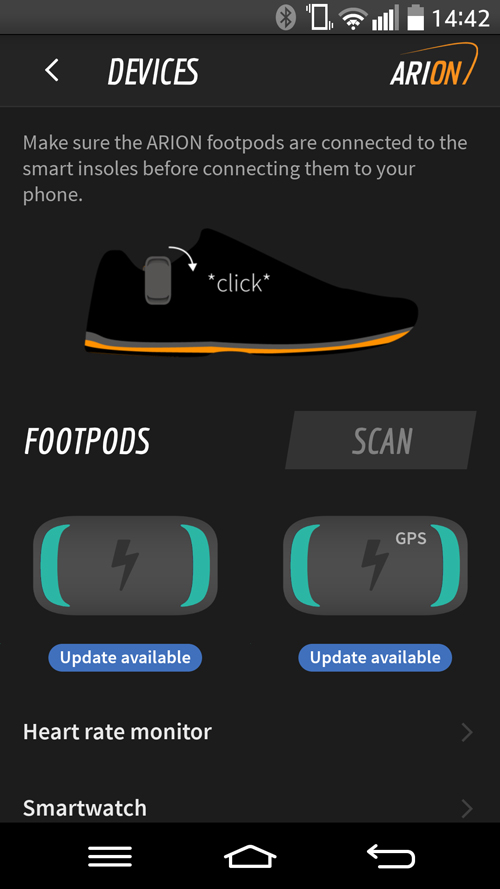 We’ll update the GPS pod first. If there’s an update available you should see a blue label stating ‘Update available’. Tap on the GPS footpod icon.

In the next screen, tap ‘Software version‘. 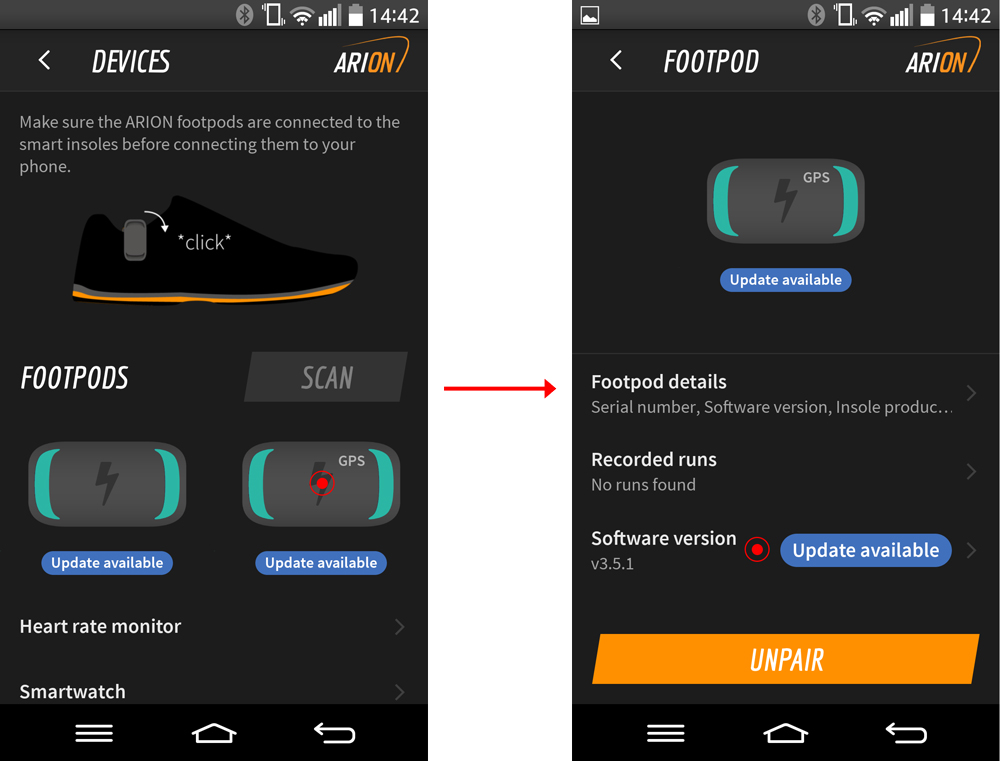 Important: Do not remove the footpods from the charger or the charger from the power. For the best chances of a successful firmware update, don’t lock the phone and keep the phone screen turned on. 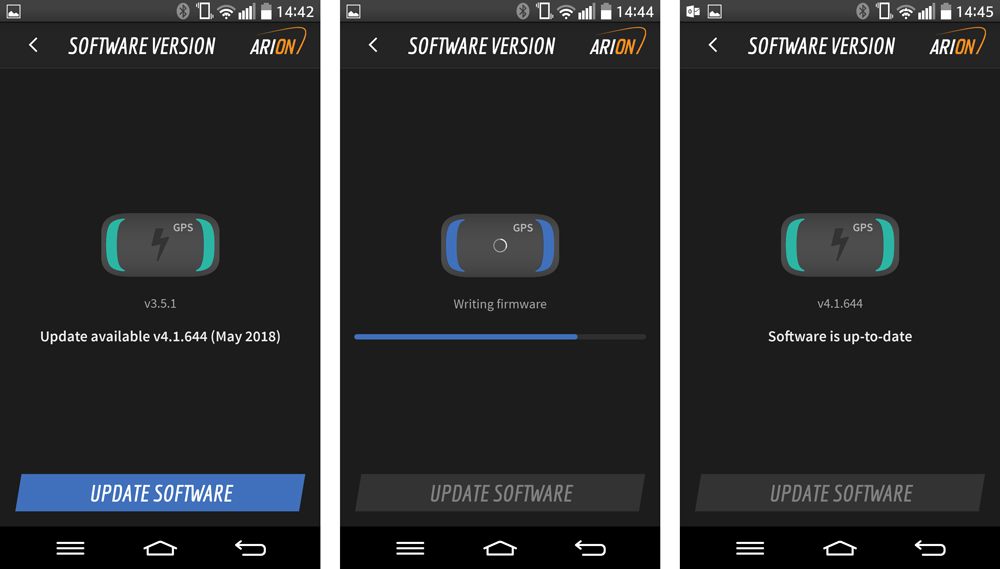 Make sure the firmware update was successful. After the update is completed it should state the line ‘Software is up-to-date‘. When returning to the devices screen the blue label should be gone, indicating there is no other firmware update available. 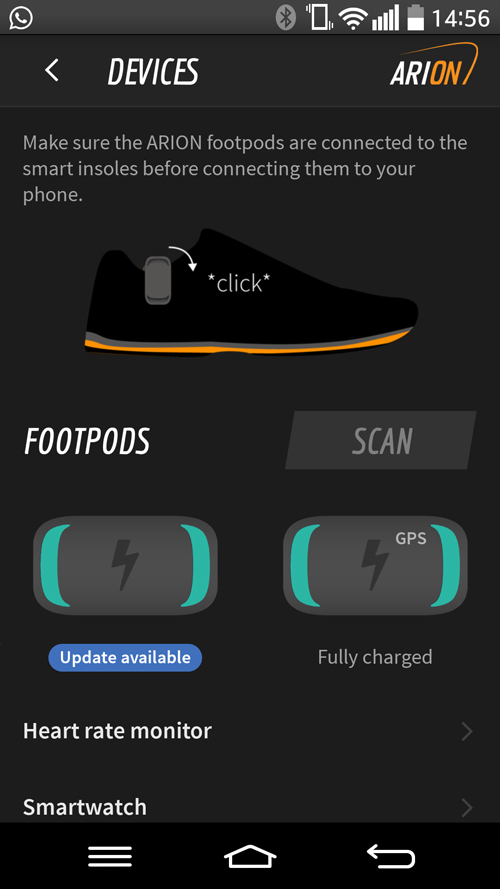 In case you have received a Pro pack, don’t forget to also update the firmware of the other (non-GPS) footpod. For this simply repeat steps 4 – 6 for the other pod. 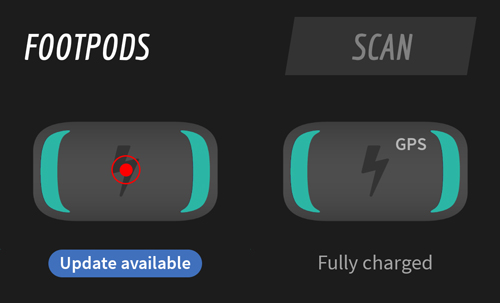 That’s it! Your footpods are now ready to start recording your phoneless running sessions. 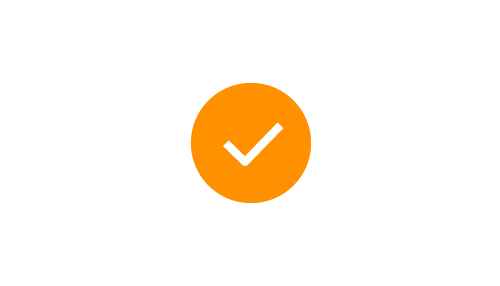